Customer Service with your Horse

Over the last few years, I’ve noticed a huge decline in customer service at restaurants and other businesses, especially over the phone. The bad news is that a lot of service people seem more frustrated, upset, agitated, abrupt, and rude every day. However, the upswing of that is that the businesses that still care about their customers are really easy to spot and have been focused even more on genuine concern and follow up. Good customer service is not dead.

The dentist office that I have had for a few years has changed office staff regularly and they have continued to go downhill with every new hire. When I call for an appointment, I get someone who just wants to give me a date and time and can’t get off the phone fast enough.

When I have a question, they cut me off mid-sentence and tell me that I have to book an appointment, even for a question. Even when they answer the phone it is a cold, “hello you’ve reached …….. office”. There’s no “how may I help you?”, no niceties, no friendly voice, nothing.

It’s very obvious that they don’t like their job and they don’t want to be there or talk to anyone. The office is almost completely empty every time I’ve been there too. So, the business has definitely gone down the tubes because of their lack of customer service. I’d even go so far as to say their customer service is horrible.

The sad part is that it’s not because of the dentist, herself, as she is a sweetheart, and she genuinely cares about her clients and she’s always so pleasant when I see her. She’s losing business because her office staff is so uncaring and cold. They are the first line of defense and the first thing the clients see and deal with.

On top of that the office staff is very disorganized and has messed up the doctor’s orders, my insurance paperwork, and other things so badly that I just couldn’t stay with them anymore, no matter how much I liked the dentist herself. I couldn’t deal with the incompetence and rude behavior of the staff any longer.

Then, I go to the new Dentist, and he is an absolute sweetheart as well. Kind, intelligent, and very personable and genuine. His dental staff and office staff were all just as thoughtful and kind as well. They greeted me when I went in with a smile and a hello. Everyone I encountered was happy, smiling, and all said “hello, how are you today and what can we do for you”. And you could tell they meant every word.

At first, I thought, “this feels a little over the top and I’m not sure if this is real”. I guess I had become used to the bad customer service at my old dentist office. But every time I called with a question or to set up an appointment, whoever I spoke with was very pleasant, asked questions and had a nice conversation with me. It was personal and friendly, not cold and empty as the last dentist office.

Then as you heard in last week’s blog…after I had oral surgery, there were complications. I was a bit worried. This was my first time going through this. Since, I couldn’t talk, I emailed the office staff my questions and concerns. Not only did the Dentist/owner email back, but he apologized for not getting back to me sooner. He explained that he normally would have answered immediately but he was dealing with his children and wife being sick and taking care of them.

But he not only answered my questions in his email, but he also explained everything in detail. He was very thorough. Which really helped me since I love research so much. Knowing all the details really put my mind at ease.

Then the next day he called me from his home, on his personal cell phone, to see if there was anything else I wanted to talk about and how I was doing. Even though it was difficult to talk, he spent some time going over my concerns and talking about why and how things happened. He was very reassuring. He then offered to have me come in, free of charge, to get looked at. He said he would make time for me whenever I could make it in.

Now this was my dentist, he was not the oral surgeon who had done the work. I had called that office first and had been blown off saying that everything was normal and that I needed to wait the full two weeks before being seen. Telling me everything was normal and not listening to my concerns did not help me at all. Because of their reaction to me, I emailed my dentist hoping for a second opinion and a brief answer.

What I received from him, and his office was way above and beyond what I had expected. Offering to see me immediately so he could look at what the oral surgeon had done, to make sure everything was ok, and on top of that to offer it to me free of charge, was fantastic. He was genuinely concerned for my welfare and wanted not only to listen to me, make sure I felt heard, but also to make sure I felt reassured and safe with the whole situation.

Wow! That was some awesome customer service.

He could have just emailed me and told me to ask my oral surgeon and blow me off since it was not his concern. But he didn’t. His great customer service really made me feel safe and secure in his care. Thank you Dr. Papillon. 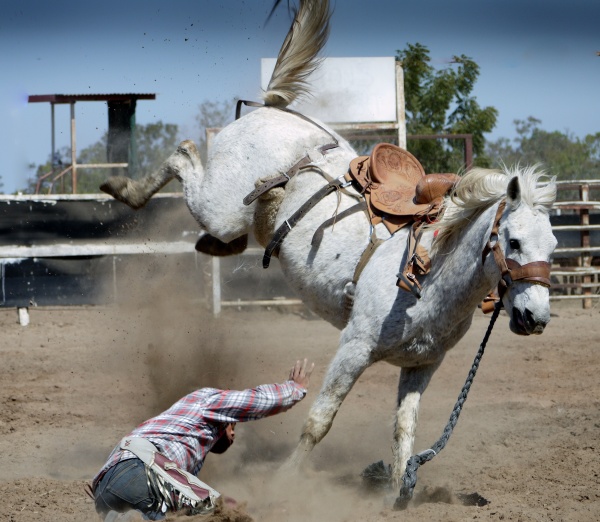 She said, “I have this new horse that has become unruly, has no forward movement, won’t listen to me, bucks, kicks, bites, and now fights me on everything. Is there something I can do? I’ve tried hitting him across his muzzle when he starts to act up, I’ve tried hitting him with a crop on his butt when he doesn’t listen, and I’ve tried using a lunge whip on him when trying to train him. Nothing is working.”

Wow, that’s a lot of pain and punishment!

These were a few of the answers she received:

OMG! I don’t agree with any of these answers and flat out feel that these are horrible answers. Please don’t do these. It’s just more pain and punishment for the poor horse and it’s only going to make this horse fight back even harder, making a bad situation even worse.

The woman went on to say that when she bought the horse, 9 months earlier, that the previous owner had told her that the horse was a perfectly trained beginner horse that would do anything for her and was an easy keeper. However, the new owner said that the horse was great the first month or two but then he started to change until he became absolutely unruly and aggressive.

I wonder why? (that was rhetorical)

Even though the previous owner could have been lying about the horse or she may have had a really good relationship with the horse. We don’t know. But what we do know is that the horse was good for a while and then something changed, and it became progressively worse and worse until the horse became aggressive and unruly with its new owner.

I know this is only a small window into the problem, but it sure screams out to me that the horse is fighting back, and he is trying to tell his new owner that he’s not happy with her treatment of him or the situation.

I really feel for the poor horse as you can hear in the story that he was trying to talk to her in the beginning about something, she didn’t listen, and he had to get louder by getting feistier, and she not only continued not to listen, but she became aggressive herself. Therefore, he had no other option than to submit and go into a state of learned helplessness or fight back. And he chose to fight back against the pain and punishment he was receiving.

With the responses she got to get even more aggressive, that horse is going to become more upset and more dangerous until she will have to get rid of him. That is a lose-lose for both the horse and the human, when it could be so easily resolved just by listening and responding with good customer service.

Just like my dentist who listened to me, made me feel heard, reassured me, and showed me that he genuinely cared about me, and my welfare calmed me down and made me feel better. This too would have resolved this woman’s issues with her horse way before it got out of hand. Now it’s going to be a bit harder as her horse has lost his trust in her and doesn’t feel safe around her.

Customer service isn’t only for our customers, but it is good for our friends and family too (fur family included). Would you want your friends to try to punish you if they didn’t feel you were doing what they wanted to or would you prefer your friends talk to you and have a conversation with you about what they wanted?

All of that woman’s issues could have been resolved in month 2 or 3 in a day or two instead of the domino effect that has now become a major issue because she didn’t listen and resolve the problem with love and concern, but instead used pain and punishment. Now the problem will take a lot longer to fix, if she can gain her horse’s trust back.

It just broke my heart to read her story as well as the answers people were giving her. I wrote to her and let her know that she could contact me so we could talk it through and I would give her whatever advice I could to help, free of charge. I don’t say this for a pat on the back, I say this to let you know that I truly care. 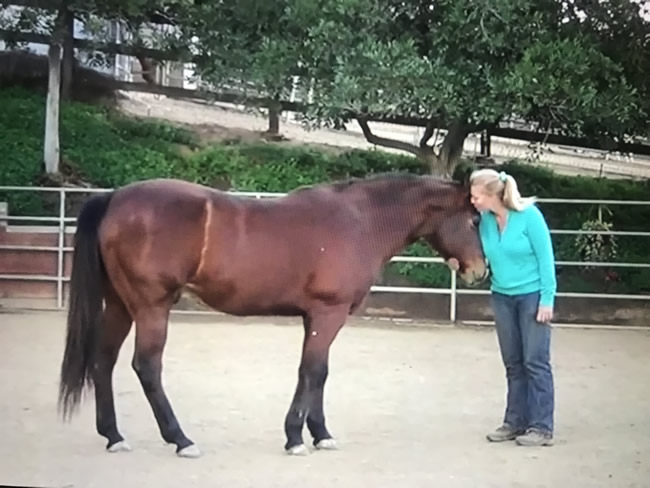 I am here to help you and your horse gain a loving, trusting, and truly amazing relationship/partnership together. My main purpose in life is to help as many horses as possible gain the ‘person of their dreams’ and have a happy, forever home. That is my passion and where my heart is.

My online training business is my retirement job. This is what I do for fun and because it is my passion in life. And let me “put my money where my mouth is” to prove it to you. If you have an issue with your horse, please contact me so we can chat about how to resolve it in a positive, pleasant way. I am giving these calls away, complimentary, just to make sure that there is no deterrent to helping you and your horse. It’s just a friendly chat between friends and horse lovers – no sales pitch.

Here’s a link to schedule a call with me. If you need any help, I am here for you and your horse.

And if you know someone who can benefit from this blog or a complimentary call with me, please pass this along. I am always willing to help people who care about their horses and only want the best for them.