Like most men, my husband Mark is sports mad. He used to play most of them in his younger days but now the most strenuous part of his sports activity appears to be lifting the beer can to his lips as he sits on the couch. 🙂 I’m just kidding. He tries just like the rest of us to stay active. 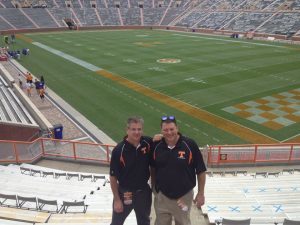 His favorite sport though was basketball and so one of the highlights of the year for him is always the big annual college basketball tournament known as March Madness.

I am not a sports enthusiast like him, but he tells me that there are 68 teams which are divided into four regions and organized into “brackets”, which determine which team plays which as they win and progress.

The filling out of the tournament brackets and guessing which teams will win is all part of the fun and he and his chums always have a little wager to see who gets closest to predicting the results.

There is even a scientific sounding name for this process known as Bracketology.

Honestly, I’m not making this up.

Apparently one year, Warren Buffet offered a $1 billion prize to anyone who correctly predicted the results.

You won’t be surprised to hear that no-one won given the odds of correctly guessing the outcomes of so many matches.

Just like in tennis there is seeding for the stronger teams so that they don’t get drawn against each other too early.

As the tournament reaches its climax though, the top teams eventually end up playing each other with the winner of the final claiming the national title.

So what does all this have to do with you, your horse and the type of training you do? 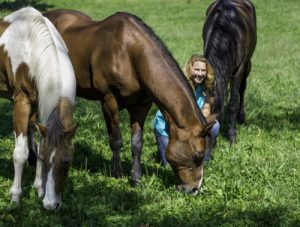 A great deal as you will discover in a moment.

The cream of that year’s teams rise to the top with the others ranked below them.

Sort of like a pecking order in horses, right?

You see, the concept of dominance hierarchies in animals was proposed in 1922 by Norwegian biologist, Schjelderup-Ebbe, who used it to describe a ‘pecking order’ in groups of hens.

Whether through convenience or just plain ignorance, this idea that horses form social structures too based on the rank of herd members caught on to such an extent that it is now accepted as common horse wisdom.

Except that none of the scientific studies on horses have shown that a clear top to bottom ranking of horses exists in herds.

Yes, some observations have revealed the rank of a few of the top animals and sometimes some the bottom animals but not a complete hierarchy.

And if you think about it, it’s no different in human social groups.

We don’t operate as hierarchies when we are in groups so what makes us think that horses are likely to do it when we don’t. 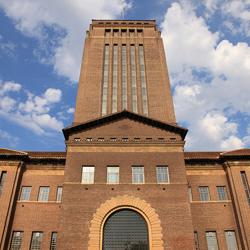 A 1981 report from the University of Cambridge stated that, “Dominance relationships are an invention, not a discovery. They exist in the mind and notebook of the human observer. With few exceptions, however, there is nothing in the agonistic behaviour of animals that implicates an ability to make such abstractions.”

As often happens with horses, people either give them too much credit for their rational, cognitive abilities or attribute human traits, emotions or intentions to them, Anthropomorphism.

This would appear to have been the case with the use of ‘pecking order’.

Now it’s true that one horse may displace another in a competitive situation, for example when food is scarce.

And it may also be the case that these horses then remember the result next time they are in similar situation.

However, there have been no scientific findings to support the view that the winners of these encounters go on to confront the winners of other encounters in order to work their way up the hierarchy like the winning basketball teams do.

In fact, the research points to the fact horse herds generally use collective decision-making based on their needs and desires.

A horse may feel thirsty and heads toward the creek but if none of them join him, he can’t bear the separation and returns to the herd.

However, if another thirsty horse decides to do the same, they may draw others with the same interest to the point that those who aren’t thirsty go along too.

The lesson from today’s blog is to observe how horses really operate when left to their own devices and not what you think, or have been told, that they do. Do your own research. 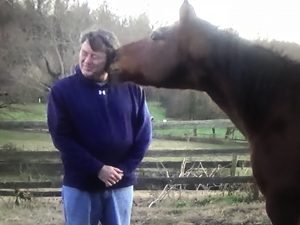 Watch your own horse, really take the time to study how he goes about his daily interactions with the world around him.

Then take these observations and start to mirror them back to him and see his reaction.

Remember, a horse’s need for companionship is fundamental to their well-being.

When you start to inhabit your horse’s world instead of the other way round, you won’t believe how quickly you can build trust.

Listen to what your horse is telling you, become an integral member of the herd, and work together in partnership.