My husband and I go back and forth on this. We both say the phrase a lot. My mother used to call it, “having a mom and pop” conversation.

You know those conversations where you think you’re talking about one thing and then find out that your “significant other” is talking about a completely different subject and you finally realize it.

Then when you realize it and try to explain how you got to your conclusions, it turns into a “he said, she said” conversation that doesn’t help much.

My husband asked me to look at an email he had written and correct it for him. Seemed simple right?

My husband is very down to earth and friendly and everything he does has a very personal touch. However, when he has to send an important email or letter out that needs to be more professional, he will usually ask for my advice.

So, I looked the email over and because I knew the situation he was writing about with his client, I not only corrected his spelling and grammar structure, but I added thoughts and even replaced sentences with more appropriate information. It was very detailed and professional.

I handed him back my corrections and I was really proud of my work. It took me a long time to do it as I had to also look into the client files to make sure I was up to date on the information and the current situation.

When my husband looked at the email, his face was not happy as I would have expected. He just looked at me and said, “I just wanted you to add your professional touch, not redo the whole email.” Whoops.

Well, that’s not what he ‘said’. He said, “Please look at this email and make corrections for me.”

My mother was an English teacher for a while and was very particular about teaching me the English Language. So not only did I get a lot of homeschooling in spelling, grammar, and diction, but I also learned to be very particular with the words I say. Which also meant that I take what I hear very literally.

My brain said “fix it”, but his brain said “read it”. After we talked it through we figured out that he should have explained his desires better and I should have asked more questions about what he needed. It turned out good as the client liked the email. And in the long run this incident actually helped us learn how to communicate better.

And then I thought, “this is just like when I first started training Jazz”. I thought one thing, but Jazz was thinking something else entirely. 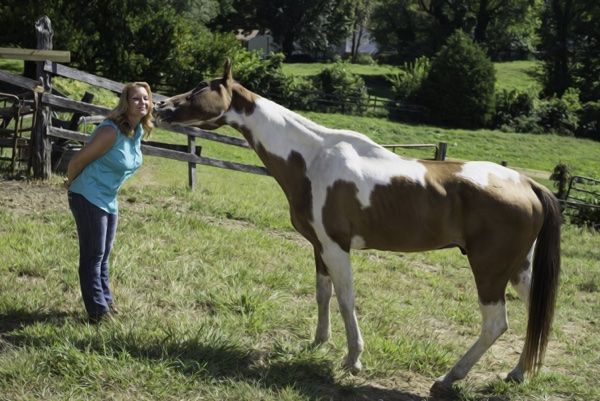 When I first met Jazz he had a trainer who was teaching him to be a cutting horse. So, when I started training him he already had preconceived notions of what he was supposed to do. However, I didn’t know what they were. I was starting at the beginning with him.

Jazz was aggressive around food and I wanted to teach him to be better mannered when I had food in my hands. When I fed him, he would yank the hay right out of my hands as I walked into the paddock and didn’t care if he knocked me over or stepped on me. It was also a safety issue I needed to fix.

So, one day we were working on his manners around food and I put a feed bucket down in the middle of the arena. At first it was empty just so I could try to teach him to stay away from the bucket. That went well. Then I added a handful of carrots and he immediately pushed his way over and started eating without a care to where I was.

I then proceeded to ask him to stay away from the food, just for a short time, but he wasn’t having any of it. He’d just run from one side of the bucket to the other and look at me like, “yea right lady.”

This was 30 years ago and early in my training years. I put myself between Jazz and the feed bucket and tried to block him from the food. He then tried a few times to get back to the bucket and each time I got in front of him and sent him away. Of course, now I see the error in my ways as, in his eye, I was only starting a fight. 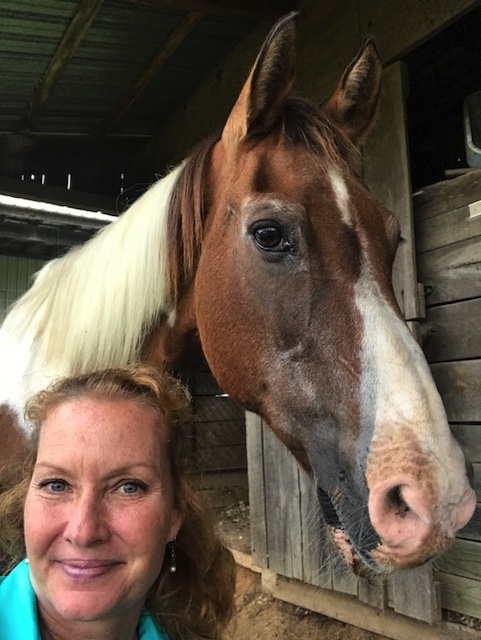 Luckily instead of fighting back too hard, he decided he would ‘play’ with me and this lesson became a game to him. Being a cutting horse, he decided to cut right around me and get to the bucket of carrots. He realized that at a walk and sometimes a trot, I could get to the bucket quicker than him and shoe him away.

He figured out quickly that at a full canter I didn’t stand a chance. He whooshed right by me, slid past the feed bucket and grabbed the carrots out as he quickly stood up and kept running. It looked like a runner sliding into home plate at a baseball game. Once he stopped, with a carrot in his mouth, I swear he was laughing at me. He then trotted off so proud of himself.

I had thought, “I just want him to be nicer around food and not so aggressive.”

He had thought, “This is a fun game to get to the food before she does.”

He was having a blast. To him it was a great game. To me I had just failed. Instead of teaching him not to be so aggressive around food, he taught me how he cuts cows.

I learned that I needed to be more specific with what I was trying to communicate to Jazz. I also should have understood his background and taken that into account as well. I wasn’t thinking about how he would read my body language. As they say, “live and learn.” I now know to make sure I match my thoughts and my body language because Jazz taught me.

The good part was that it was so funny watching him figure out a game I wasn’t playing and then actually win the game that I just started laughing. I then just stepped aside and let him have the rest of the carrots in the feed bucket as his reward. We both learned something new that day.

My lesson – Mean what you say and say what you mean and be specific. I also learned to really watch my own body language to avoid mis-communications. Just because I am thinking one thing, doesn’t mean I’m telling my horse the same thing since he listens to my body language and can’t read my mind.

I hope your horse is teaching you good lessons as well. Especially how to communicate better with each other as partners and friends. Do you have a story about something your horse taught you? I’d love to hear it in the comments.