I know that might sound crazy…being able to read your horse’s facial expressions just like you do with another person. But…

I swear that Merlin’s facial expressions are so distinct that anyone would know what he was thinking. Jazz was like this too. He would give you a look and you would know right away if he was ready to play, work, hang out, or do absolutely nothing.

When my husband and I go out to see Merlin, he picks his head up and then runs up to the gate and whinnies. Then at the gate his head is over the top and you can see how happy he is to see us. Even my husband, Mark, who is new to horses, tells me that he can read Merlin’s facial expressions. 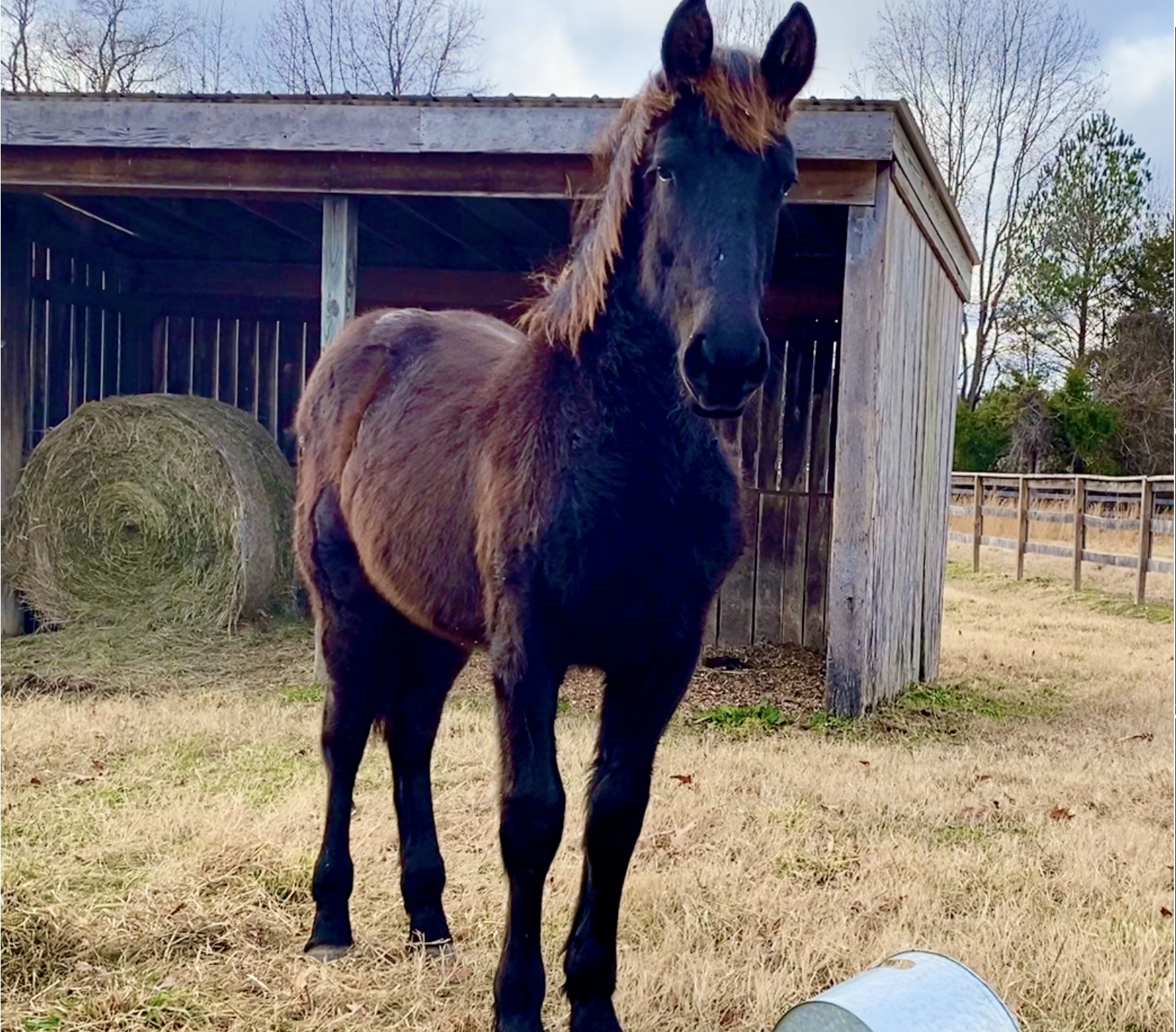 The last time we went out to see him, Merlin gave us both hugs and was obviously happy we were there. We hadn’t been out in almost two weeks due to the icy and frigid weather. But you could see and feel how much he missed us.

If you read my “little secret” blog you know that I have a connection with Merlin and I can not only read his body language but I can also feel what he feels at times. However, that isn’t what I’m talking about in this blog. I’m talking about just a visual understanding and communication.

Horses, as we already know, are visual creatures and oftentimes communicate with their body language. My husband, who is a novice with horses, can even see what Merlin is feeling because of his facial expressions.

I was picking out Merlin’s hooves in the pasture and my husband was sitting down watching. Mark was right in front of Merlin. I bent over and was picking out his front hoof and was almost done when I felt something move my hand away.

I was surprised as it felt so soft and gentle. I couldn’t figure it out. I looked at Mark and he laughed and said that Merlin was done holding that hoof up for me. I then realized that Merlin had moved my hand away with his back hoof.

He didn’t kick me, but he gently moved my hand with his back hoof with intention. It was so light I didn’t even realize it had been him that moved my hand.

I asked Mark how he knew that Merlin was done with that hoof and he said, “because Merlin looked at you, looked at me, and then made a face that he was done and then his back foot came up to push your hand away”. He also said that he could tell Merlin wasn’t upset or angry, just done holding his hoof up.

He had read Merlin’s facial expression and was absolutely correct. Merlin’s expression had been so obvious that Mark didn’t even question it. He stated it without hesitation. He just knew that this was what Merlin was feeling. And the fact that Merlin had moved my hand away as gently as he did, backed up Mark’s impression.

I’ve been around horses long enough to have dealt with hundreds of horses. And I can honestly say that not all horses have this ability to express themselves so well. The horses that I consider to be very expressive and easy to read are usually the ones that are truly connected to their owners. 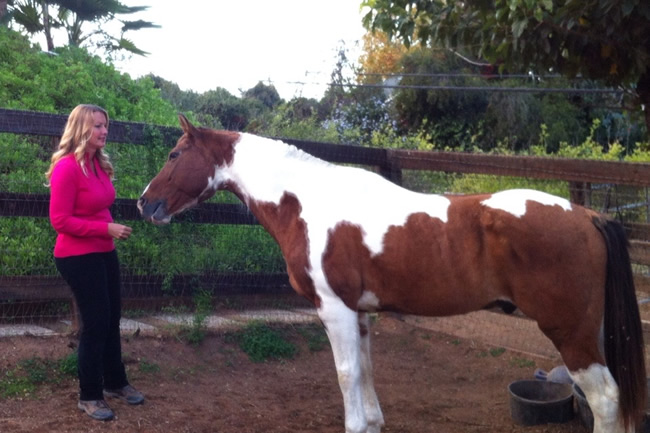 This connection not only brings out your horse’s true nature, but it also allows your horse to trust you and want to be with you. I’ve seen horses in my Personal Coaching Program blossom into happy, fun-loving, playful horses with very expressive attitudes.

The horses that I’ve seen that are not very expressive are usually shut down, untrusting, or are in a state of learned helplessness. Basically, not very happy to be around humans.

Well, there is scientific research to back this up.

Humans have 27 different facial expressions which help us communicate tacitly through our emotions, such as excitement, sadness, fear, and anger.

Using cameras and computer-based analysis, researchers identified 17 distinct facial movements in horses, many of them similar to humans. They did this using an Equine Facial Action Coding System (EquiFACS). This is more than they found in Chimpanzees (13) and dogs (16).

According to a new study, horses use the same underlying facial muscles as humans in order to manipulate their eyes, lips, and nostrils to express different emotions.

Animal behaviorist Jennifer Watham and her colleagues dissected a horse’s head and photographed all aspects of its muscular design. They found that horses used their eyes often to express their emotions and to communicate with other horses.

She also used a lot of photographs and found that both humans and horses raise the skin above their eyes when in negative emotional states, retract the corners of their lips which seems to be a submissive gesture, and so many more comparable expressions. 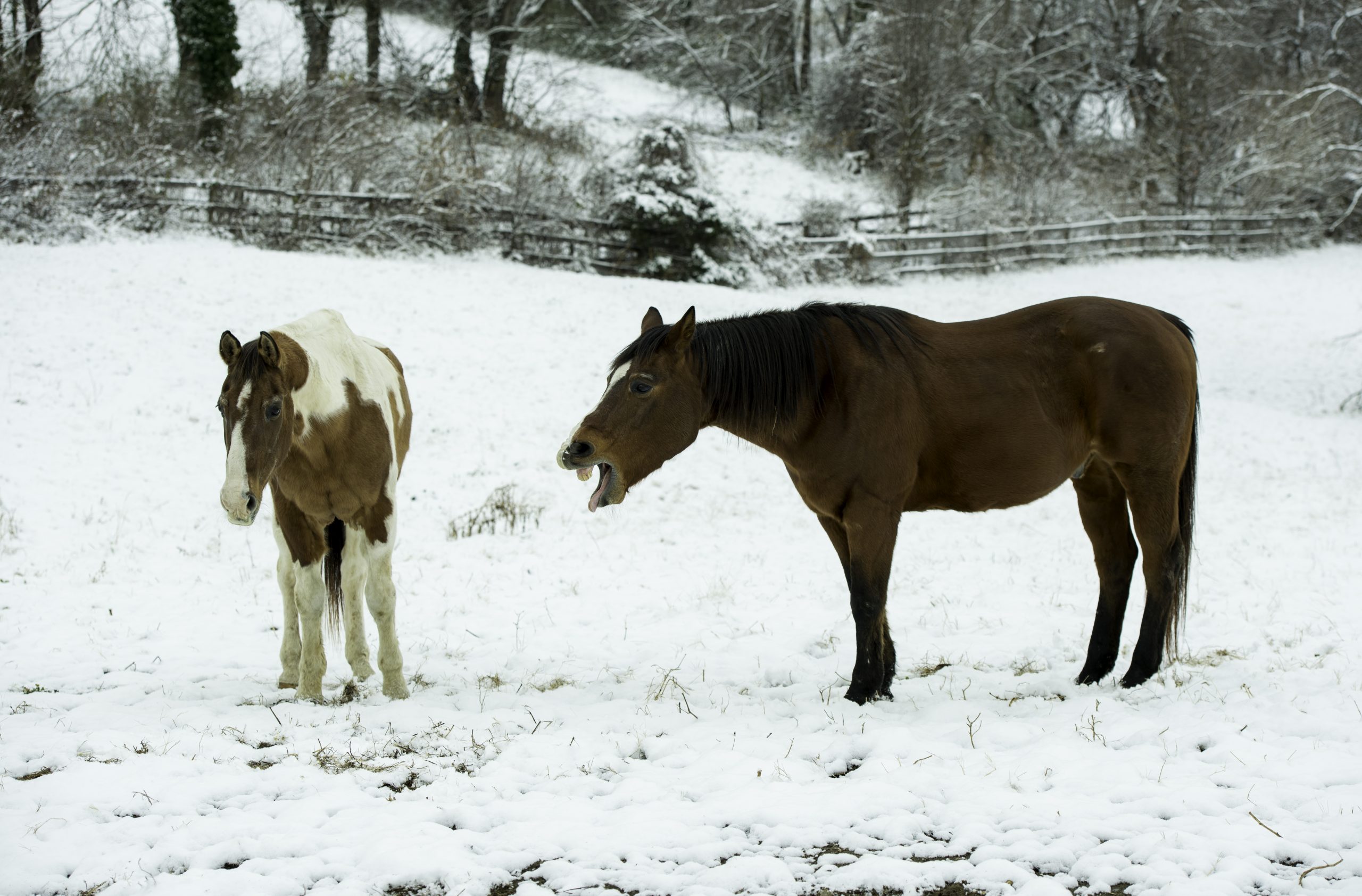 Plus, horses have an extensive number of muscles in their lower face around their mouth that they can use to make a number of expressions. Using their mouth, eyes, nose, and other facial muscles a horse can have many different expressions.

So the latest research, for the first time, shows that horses have a full range of complex expressive combinations they use when communicating. Many of these facial expressions are similar to humans.

I’m not so off, nor was my husband when he knew what Merlin was feeling when he saw it in his facial expressions. Horses can move their faces in a surprising number of human-like ways expressing a number of emotions.

However, I think most people with expressive horses already know the answers to these.

In the comments section, I would love to hear your stories with your horse and how you can tell what your horse is feeling by watching their facial expressions.