The Story of Dave and Bob…

Dave had been around horses most of his life and was an “old cowboy”.

When I saw him actually tear up at the end of our second day together I knew he could feel a connection with his horse he had never felt before.

The horse in question was called Bob.

Bob was a large, stocky thoroughbred Dave had rescued from an auction house. As a result of this and whatever else he had lived through in his life, Bob was not a happy customer despite Dave’s best efforts.

Dave had been learning ‘Natural Horsemanship’ with a very well known trainer, so he tried what he had learned but it just didn’t work and so he called in reinforcements.

First, Dave’s trainer came out but that didn’t work.

Then his trainer’s trainer came out and that didn’t work either.

Dave called in other types of trainers but everyone told Dave that Bob was a lost cause as none of them could ‘fix’ him.

In 1994 Joseph E. LeDoux, Professor of Science at New York University, discovered that once established, a fearful reaction is relatively permanent.

And this fear response can reappear spontaneously or can even be reinstated by an unrelated, stressful experience.

In other words, horses have a ‘fear memory’ that can be ‘turned on’ and this was what was happening to poor Bob.

Whatever was in his past that had scarred him was coming back to haunt him as a result of the handling he was receiving from the trainers.

Another solution was called for.

I drove six hours to meet Dave and when I saw Bob I knew immediately what the issue was.

Bob was beautiful and strong and very proud! He was magnificent, a fighter and wouldn’t take any crap from anyone as he had been demonstrating for 3 whole years with Dave!

So what did I suggest Dave do?

Just hit the reset button and the first day together the 3 of us did nothing but just hang out together.

This is the second of the 3 stages to gaining your horse’s cooperation and a connection – familiarization.

Dave was a bit confused by this approach as he thought we ought to be training Bob.

Bob completely got it because by the end of that day he had totally changed and his ferocious former self was replaced by this sweet, fun-loving fellow.

By the end of day 3, Dave was able to put a halter on Bob, lead him around, ground tie him and groom him without any issues.

Within a month he was able to get a saddle and bitless bridle on Bob and they were trail riding together. He has never had another issue with him since then. 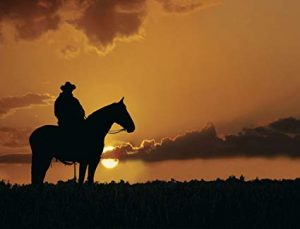 I just love a happy ending, don’t you?

But there are so many lessons to come out of this story.

Such as showing your horse respect, listening to him and the sheer power of avoiding any sort of flight response. They all contributed.

So if your horse is having a bad day, go easy on him. Give him a carrot and the day off perhaps.

Doesn’t he deserve your respect and kindness after everything he’s done for you?