A case of feeling homesick

A few weeks ago, I went to the doctors with a few complaints. Nothing major, but a few little odds and ends that just made me feel like I was getting older faster than I would like. Little things that didn’t add up in my head and things I couldn’t fix myself, so I wanted to ask an expert.

My Doctor is a general practitioner that I have had for the last 3 years and we have grown to know each other. But, I was really surprised about what she said when diagnosing my new aches and pains. The first thing she said was that I was a “transplant” just like she was. She said that she had had the same symptoms that I was describing a few years after she had moved with her husband from North Dakota to Maryland 7 years earlier. 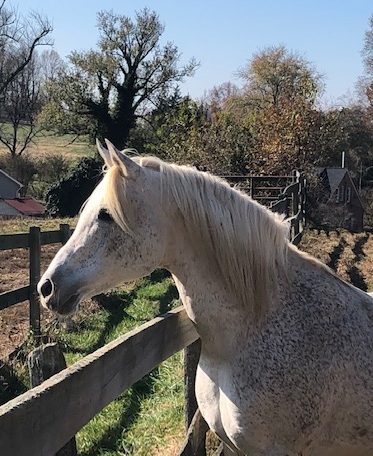 Her diagnosis: “You are homesick”

And before I could say, “No way”, I started crying.

I guess she was right. My body was trying to tell me that my emotions were out of whack and I wasn’t listening.

It was interesting to me that my body had to come up with some aches and pains in order to tell me that I was emotionally missing my family. Even though I thought I was fine and handling being in a new state with new responsibilities and new stressors.

My doctor said that being a “transplant” and leaving my family and friends behind, while working through new situations and stressors, was causing physical and emotional repercussions.

She said the best thing that I could do was to go home and spend some quality time with my family and friends.

That really got me thinking because if I feel this way without my family close by, I wonder if this is how horses feel when they are sent to a new owner or a new trainer?

That got me thinking about how important it really is when you have only one horse, to help him or her to feel a part of your family or you a part of his or her herd.

Being alone, isolated, out of touch, or in a new situation is stressful for both humans and horses. Being a part of a group, family, or herd makes it easier to handle new situations.

And as I found out the hard way, when you are emotional, isolated, and away from family and friends your emotions can turn to physical ailments.

So as the doctor prescribed, I planned a trip out to California for the week of Thanksgiving to be with my family and friends. But of course, I was then worried about leaving my horses at the farm, my new herd.

Then I found out, first hand, that horses need their herd just as much as humans need their family.

Two days before I left for Maryland, Jazz started showing signs of colic. I had already told my boys that I was leaving for a short while and would be back in a week. He has a nervous stomach and he gets upset when I’m gone for a while. So, I called the vet and gave Jazz his seasonal tea along with a colic medicine. Within 24 hours he was much better and I felt ok to leave him with a trusted caretaker. 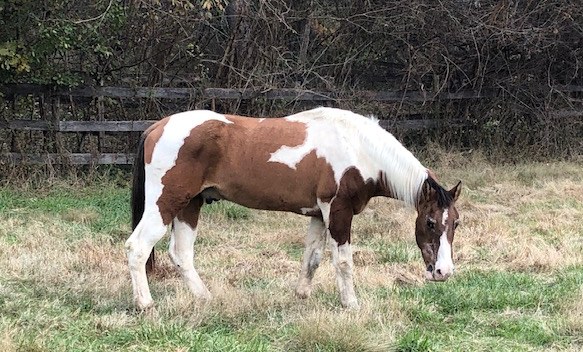 Of course, I call every day to make sure things are good with him and the rest of the horses on the farm. I was told that they seem to miss me, but they are also spending more time hanging out with each other, even over the fence lines.

Sometimes we aren’t so different from our horses.

So next time you go out to your horse, make sure he knows that you are a part of his herd and that he will be a part of your forever family. Being part of a loving group and not feeling isolated is good for all of us, including our horses.

I’d love to hear in the Comments below if you or your horses have experienced something similar!