The Dangers of Groupthink to You and Your Horse

Over the past couple of months I’ve been talking with prospective students for my coaching program and the more calls I’ve done the more I’ve started to see a certain pattern developing.

Before I reveal what this pattern is and what it might mean for you, let me give you some background…

People generally like to conform. It comes from our desire not to be thrown out of the tribe and left to fend for ourselves.

There is a famous study, first conducted in the 1950s and updated with brain scans half a century later, that shows how peer pressure not only changes what you think, it can change what you see!

As I’ve discussed before, the term “Groupthink” was popularized through the work of Irving Janis, a research psychologist at Yale University, who published a book on the concept in the early 1970s.

Groupthink is literally when a group of people winds up thinking in the same way, the pull of the group extinguishing independent perspective.

This can happen through a desire to promote harmony or a desire to minimize conflict, two sides of the same coin. It can also happen when alternative views are ignored or avoided, or when dissent is frowned on or suppressed.

The most famous peer pressure and conformity study was conducted in 1951 by Solomon Asch, a pioneer of social psychology. For the experiment, Asch would ask eight students to participate in a “perceptual study” — but in reality it was a psychological experiment.

Seven of the eight students Asch used were actors. The idea was to have the actors give a false answer to obvious perceptual questions, and then see if the eighth student — the real participant in the experiment — would change their answer, too. 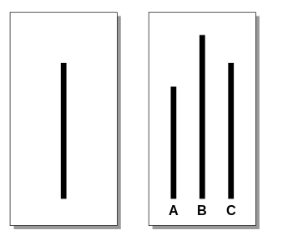 The group would be shown cards with lines on them and answer questions like, “which of the three lines (A, B or C) corresponds to the reference line?”

Asch found that, in the control group with no actors, the error rate of participants was less than 1%. (The questions were extremely simple.)

But when the actors were present, the error rate climbed to nearly 37%, and 75% of all participants gave an incorrect answer — showing that they were swayed by the actors — at least once.

In the 1990s, a neuroscientist named Gregory Berns did a new version of the Asch experiment, with the added twist of using a functional magnetic resonance imaging (fMRI) machine to scan the brain activity of the participants.

What Berns and his Emory University colleagues discovered was that, as the participants gave their wrong answers to visual puzzles as prompted by their peers, the parts of the brain that handle judgment and deliberate action were not activated — only the parts that process visual information.

This meant that actual perception had shifted: The participants who answered wrongly were experiencing an altered visual reality based on the manipulated peer input.

“Seeing is believing what the group tells you to believe,” Berns concluded.

Berns found something else interesting that confirms the power of Groupthink even more.

For the subjects who resisted the temptation to go with the group — the contrarians who stuck with their guns on what they saw, even as their peers said something different — the amygdala brain region showed a spike of activity.

The amygdala is the part of the brain that handles fear and distress. In conditions of sudden danger, the amygdala triggers the “fight or flight” response.

This shows that, at the level of the subconscious, going against one’s peers can be a hostile or frightening act. As social beings, we are truly wired to “get along to go along” and to “go with the flow.”

So what does this have to do with horses and the pattern I spotted with the people I spoke with? 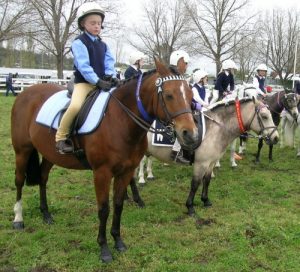 Well, like the majority of my students, many of these people had been brought up in the traditional horse training world (the United States Equestrian Federation, the British Horse Society, pony clubs etc etc).

Most had then progressed onto ‘Natural Horsemanship’ and had found this to be more to their liking as it was often a kindler, gentler way to handle a horse.

However, as they grew older they have found themselves beginning to question both of these approaches and wondering whether there isn’t an even better way, one that will enable them to really partner with their horse.

I have regularly heard people say in our calls that they feel they are still missing something or that despite everything they’ve tried they still seem to have a complete disconnect with their horse. It’s just not where they want it to be.

And when they have tried to explain how they feel to friends and instructors, they’ve often faced real pushback with responses such as:

“No, don’t let your horse get to close to you”

“You can’t be friends with a horse, you’ll end up getting hurt”

So why is that? Why do other people think it’s perfectly acceptable to dampen our dreams?

Well, we know that people generally don’t like change but what’s also true is that they don’t like having their ‘worldview’ challenged, hence the pervasiveness of Groupthink. 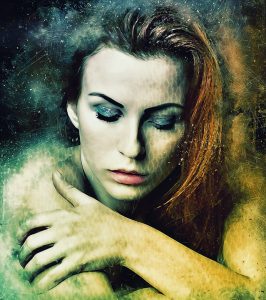 These ladies all felt that they needed to go in a new direction (which is why they had reached out to me) but they had been doubting themselves because of the reactions they had experienced from those around them.

We live in a very logic-based society and as women we are taught at an early age to ignore our intuition and trust in the wisdom of others instead.

We are often also criticized for being too sensitive, too emotional, too dramatic and too illogical when we’re operating from our intuition. This constant barrage of criticism can cloud our judgment and make us doubt ourselves and our instincts.

Trust your own intuition, listen to what your inner voice and heart is telling you, and don’t let the views of others destroy your dreams.  Do what YOU feel is best for you and your horse.  Empower yourself and your horse and work together as a team, listening to each other.  However, always be careful and remember safety first.

It’s ok to ask for help and to get advice, but listen to your horse and your heart from there.  Your horse will thank you for it.

I’d love to hear your Comments below so let me know what sorts of ‘Groupthink’ reactions you’ve received.

Till next time, happy horses!