What flange-brackets have to do with training your horse 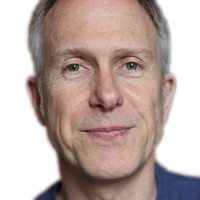 As you may know I have a business partner called Mark who (thankfully) looks after all the tech as well as the marketing for my business.

Nowadays there’s a lot of cool whizz-bang software available and he always seems to be bringing on board something new.

Luckily, I don’t need to worry about any of this as he usually deals with it all but occasionally he needs me to do some bits at my end. Groan.

“Oh, you just connect the doo-diddley to the flange-bracket, enter your FKNOX password and then simply allow the flayrod to align with the gigabearing and you’re done.”

Well, that’s what I hear anyway.

“No, no, no” I splutter, “You’re going to need to go way slower than that and start at the very beginning. Talk to me like I’m a tech idiot.”

There’s nothing like telling the truth to make your point…

He sighs. “OK, I’ll make a video to walk you through it,” he replies and disappears back into his virtual lab.

17 views of said video later and hey, I got it.

He doesn’t say anything, but I swear I can hear the sound of virtual eyebrows being raised.

Fortunately though, my horses are way smarter than me. 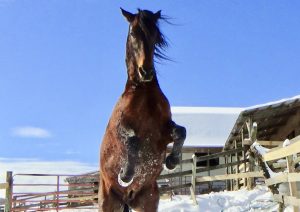 For example, when I first got my youngest horse, D’Artagnan, he’d never been handled by people and had absolutely no training whatsoever.

So, I started him slowly and after working on our relationship together, I wanted to start teaching him some of my cues and what they meant.

I decided to work on calling him over to me using a specific hand and body cue.

I looked at him, called his name, used my hand to gesture him over and took a few steps backward to start the movement of coming over.

This worked as he came right over and so I scratched his neck as a reward (Positive Encouragement).

So, I quickly moved onto putting some food down in the arena, allowing him to eat it and then calling him over to me.

But when I tried it he just picked his head up and looked at me as if to say, “Yeah, I’ll be right with you, I just got me some food to finish over here.”

So I moved in closer and tried again.

So then I asked him to leave his food and gently sent him off to play. 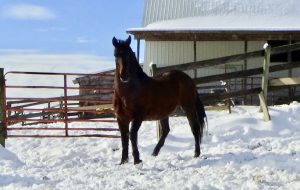 He did this, but looked back at me with a ‘What did I do?’ expression on his face.

Ouch, that didn’t feel good as I could tell he was thinking that he had done something wrong, which he hadn’t.

So, I went over and scratched him and reassured him that he hadn’t done anything wrong and that everything was ok.  Then I moved away just a bit, called him to me again and he came over quickly for more scratches.

I repeated the whole process again and this time he left his food without the questioning look on his face. Progress I thought…

As always, I rewarded him by going over and scratching him, but when I moved away and called him over – he came right away.  However, then he headed off for the food instead of staying with me like I wanted.

Remember, this whole process is about setting boundaries so that he understands the rules of the games that we play together.

This was not what I wanted him to do and I realized I was getting frustrated and wasn’t where I needed to be emotionally so we left it at that for the day and I left him to finish his eating.  Always end on a good note, I say.

The next day I decided to try it again and guess what? 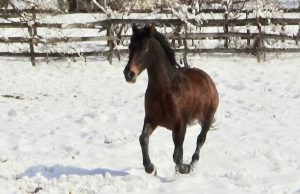 He left the food, came over to me immediately and stood still next to me as if we had done this a million times. I was shocked but super pleased at the same time.

So what lessons can you and I draw from this story?

1. You have to meet horses (and people) where they are. Just because you know what you want and think it’s easy to do, it doesn’t necessarily mean your horse will pick it up quickly. Sometimes you have to break things down into baby steps.

2. Horses need time to process lessons and if you do this they will figure it out for themselves, you don’t have to keep drilling or pushing. Use your head and your gut to judge when it’s time to back off and allow time for something new just to marinate.

I often use this approach in training and it works every time. If I work on something and my horse seems confused, I first break it down into baby steps. If he still doesn’t get it, I give him time to relax and process the lesson and this always seems to help. 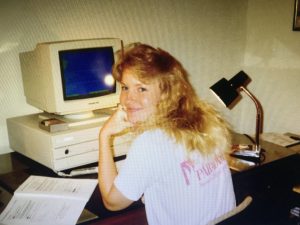 Fortunately, that’s the way Mark deals with me when it comes to high tech stuff and I eventually get it too, I just need a bit longer than my horses!  Baby steps work for me and my horses.

I hope this has given you pause for thought and as always, I’d love to hear if you’ve struggled with similar issues, so do write and tell me in the comments below.

Till next time…happy horses.