I’d like to feature an email I received from a lady who was having issues with trailer loading her horse, as you may resonate with some of the angst she was experiencing.

I have changed both her name and the name of her horse for privacy reasons.

I’d love to hear what you think so please let me know in the comments below. Thanks!

A) Java does not consistently load on my trailer. It’s unpredictable as to whether he will cooperate or not.

B) The problem is a mystery to me. We definitely have a solid bond, and a basically good relationship. I’m thinking maybe it’s my confidence in myself and my abilities wavering?

Lastly, … it makes me feel ineffective, not enough, a failure or just stupid, and hopeless as to whether I’ll ever correct this problem! 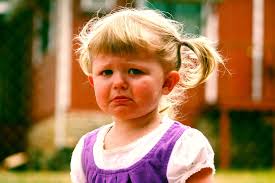 I’ve worked with many of the best trainers in my area. Extensively! Many of them have told me that I am just going to HAVE TO HIT MY HORSE!

I refuse to do so. I would rather just give up on trailering, than to have to resort to bullying him into the trailer. I’m not using that tactic. It is not in my make-up to hit an animal. Ever. For any reason.

I’m very interested in your input, Teddie! Thank you in advance for your consideration in my dilemma!

Wow! That is so sad that they all would resort to hitting the horse. They used to tell me that years ago and that’s why I dropped out of the mainstream and decided to do it my own way and do research and experiments on my own horses without any of the trauma, drama, or hitting.

I figured out how to do it without that stuff and do it the “horse’s way” naturally. That’s exactly why I decided to share my findings and experience with people so they can look at what I’ve done and see if it works for them too.

The good news is that it’s easily fixable. 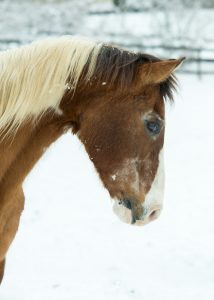 This is how I did it with my horse and maybe it will work with your horse. My guy – Jazz – loves treats and food and he likes to “negotiate” with me on certain things. He’s really funny that way and we have a lot of 2-way conversations. I really enjoy it though.

So, when he decided he didn’t want to go into the trailer, I first had to look at where we went the last time to think if we had a good time or not. If we didn’t I would just tell him that we were going somewhere else and I wasn’t going to take him back to the last place. I do believe that horses understand us better than they are given credit for sometimes. 🙂

If he still doesn’t go, I’ll just let him stand there, untied, eating grass wherever he is comfortable and I go get treats. I’ll put the treats in the trailer and then leave a trail of treats from the pile out the door, on the ground up to where he is eating. Like an easter egg hunt for kids.

Then I just sit there with him holding the lead line and enjoying our down time together with no rush, no time limit. Eventually when I’m calm and not really thinking about it, he usually starts to eat the carrots and walks right into the trailer and I walk with him.

If I think he is a little nervous still, then I don’t shut the door and I just let him come back out on his own time and that’s the end of our day. So that way, when I come out the next day to go trailer, he is right in and we go somewhere fun.

Another of my horses, Apollo, was always great and one time I hired a moving company to trailer him to a new location. They wouldn’t let me do it and Apollo got upset and then they got pushy and used a whip and it got really bad very quickly.

Before I could jump in and stop him, they had him halfway in the truck and he reared and hit his head badly. I had to grab him as he ran out and with that I sent the truck on its way and we had to do it ourselves later in the week.

But that one bad experience took it’s toll. And now sometimes Apollo goes without an issue and sometimes he remembers and won’t go near a trailer.

Fear memories in horses last a long time and so you must do whatever you can to prevent them in the first place.

And if you suspect they’ve happened previously, you have to be especially patient and take the time it takes to build up the trust in that particular scenario, even though the trust might exist elsewhere in your relationship together.

Patience, understanding, and kindness working together as a team really does work. When someone tells you to use a whip, sometimes they just don’t personally have the patience to do it gently.

It frustrates me so much to see that stuff. I’m so glad you are sticking to your guns and following your heart. And I’m so glad you reached out. Let me know how it goes.