What does Religion have to do with Horses?

This is a question I’ve been asked several times recently for reasons I’ll explain in a moment.

And the people asking the question have done so because they feel that the two are polar opposites but to me, they aren’t.

Let me explain starting with… 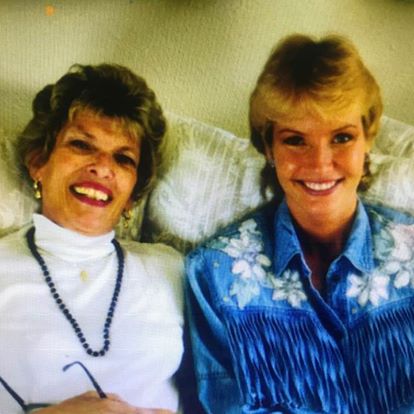 My mother was a very religious woman and I can’t remember a Sunday that we didn’t go to church. It was just what we did every Sunday. That included Sunday School every week as well.

I also went to an Episcopal Elementary School, so we had church services at school and classes in religious studies. Again, it was just something that we did that was normal and everyone in my life at that time did the same thing. I never saw it as different.

I’m not complaining as I really enjoyed the way I grew up and the lessons I learned. I had a very happy childhood.

It wasn’t until High School that I realized I had a choice of what religion I wanted to be a part of and believe in. However, the High School I went to was also an Episcopal School with church services weekly and religious classes.

Now, during these formative years, my mother was very active in our local church with the flower guild, altar guild, coffee hour, greeting visitors, etc… We would get to church early and leave late.

This was back in the day when women were not allowed on the altar unless they were an acolyte.

My mother felt that this was gender discrimination and that her faith and dedication to the church should allow her to continue her education just the same as the men.

She fought the system and they allowed her to be a chalice bearer on the altar and thought that this would “quiet her down”. Nope!

She continued her fight and her education in one of the few universities that did allow women to learn religious studies and get a degree in divinity.

And eventually, my mother became a Eucharist Minister in the Episcopal Church. But before they allowed this, she became an ordained minister in a non-denominational church as they were much more understanding of women in “faith”.

I was very proud of my mother’s “hutzpah” and growing up watching her struggles really taught me a lot. It’s where I got my courage to go against the “norm”, to question what everyone else takes for granted, and to fight against discrimination whenever it rears its ugly head.

As a side note: My mother’s father, Theodore Roosevelt McKeldin, fought side-by-side with Martin Luther King against discrimination in his time. He was an inspiration to my mother and to me. 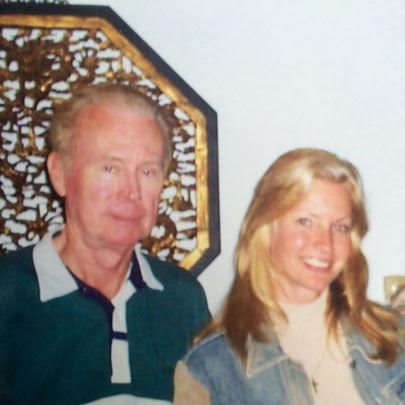 My father supported my mother’s dreams and heartfelt desires to make a difference, even though he was an atheist.

Yes, an atheist and a devout Christian as husband and wife. It kind of sounds like the start of a bad joke, doesn’t it?

My father is the kindest, gentlest, most thoughtful and caring person I know. Even though my father didn’t believe in religion he always acted out of kindness and generosity despite the fact that people sometimes treated him poorly.

Watching my father as a role model growing up, I’d have to say that he followed the principles of the church better than most “churchgoers” I knew. As an atheist, he had never been taught these principles but he was and is just a great human being who cares deeply about others.

Interestingly, my father was not an “animal person”, even though I brought animals home all the time and we were never without a dog, cat, horse, chicken, etc… on the farm. We had lots of animals.

Every single animal loved my father. They always went right to him and followed him around like their best friend. As a child, I was fascinated that this always happened no matter the animal, and my dad was always, “Teddie come get your dog (or fill in whatever animal I had at the time)”.

It wasn’t that he didn’t like animals, because he did. He just had other things he would rather be doing. After seeing this so many times, I realized that the animals were attracted to my father’s kind and gentle nature. Dad has always had a peaceful demeanor.

You probably know someone who doesn’t get riled up, always finds a gentle way to settle disputes, and seems to always be calm. That’s my dad. He always seems to be in a good mood, and he laughs a lot. He is one of those people who is naturally positive.

My horses loved him and would just follow him around when he would go out to fix a fence or work in the barn. It was amazing that he just naturally had this connection with them.

And when he would ask them to move away to let him work or not to walk through the downed fence line as he put the broken fence back together… they always listened to him!

You would think that he was a real cowboy or something, but he wasn’t. He wasn’t a horse person. He never rode a horse, never had any training with horses and had never even been around horses before. He just had a natural way with them. 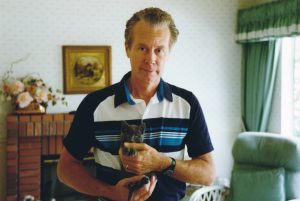 That’s when I realized how his “spiritual nature” and his peaceful “Zen attitude” connected him so deeply with animals, without him even trying.

I asked him once how he did that and why they listened so well to him and his answer was, “They know exactly what I’m saying, and they understand us better than you think.” Boy was that profound at 8 years old.

I guess you could say that started me down my life path with horses.

I was one of those kids who asked their parents and teachers tons of questions. My parents both got a regular grilling from me about their beliefs which gave me a well-rounded view of religion.

I think my current take on religion actually comes from my horses though.

When I got older, I realized that this connection with horses and natural awareness was what some call spirituality, a connection to something bigger, a belief in miracles and magic.

It’s more than one person or one church or one belief. It’s a collection of hearts and souls for the betterment of nature itself, people, and animals all-inclusive.

So it doesn’t matter to me what religion you are or what you believe. It’s what’s in your heart that truly matters.

So to answer the question – What does religion have to do with horses?

Let’s look at how horses live their lives…

They prefer to live in herds, they care for their herd/community, they take care of each member as family, they protect each other, they work together to do what is best for the herd/community, and they live in harmony with nature. 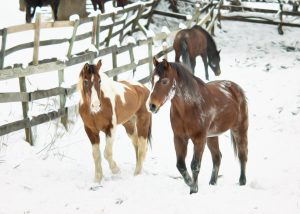 Take care of yourself and others as a family with love and respect. Take care of your community, elderly, sick, or weak. Help others when or where you can. Live in harmony with one another and be kind to each other, including animals. Be thoughtful and considerate of your neighbors.

Both share a desire to help others, a heart that loves deeply without judgment, a peaceful positive attitude, and a connection to nature!

So why have I been asked that particular question recently?

I have now become an ordained minister in the same non-denominational church as my mother did, including receiving a Doctorate in Divinity.

And in case you are wondering, I am not about to go off in a new direction and leave horses.

I did it to honor my mother and so that I can officiate at my brother’s upcoming wedding!

My sights are still firmly set on continuing to help more horses and horse owners with their dreams for an amazing partnership and friendship together. This is still my top priority.

I wish you the best and hope that you reach your dream goals with your horse as well. I’m always here to help where and when I can.