I was listening to a podcast the other day and the guest, Jordan Peterson, was asked which film he thought the audience should watch.

Guess which film he chose?

Perhaps something considered to be a great piece of cinematic art such as ‘The Shawshank Redemption’?

Or maybe an old classic like ‘12 Angry Men’ or ‘Citizen Kane’ or ‘Casablanca’?

No, it was none of those.

It was in fact ‘Groundhog Day’.

Yep, that soppy film from 2002 with Bill Murray and Andie MacDowell

At least I remember it as sloppy but my curiosity was raised by Mr. Peterson’s recommendation so I watched it again at the weekend.

Well, what do you know…?

What a fantastic movie. 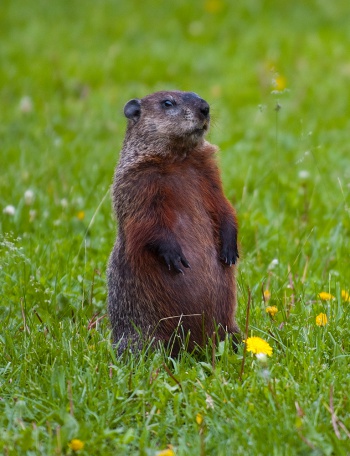 Yes, the guy and the gal get it together at the end and walk off into the sunset together.

And yes, it was still pretty funny in places but that’s not what made it great.

What elevated it above the level of a run-of-the-mill romcom was the symbology that had completely passed me by when I first watched it all those years ago.

Don’t worry, this isn’t going turn into some heavy, theological thesis. Actually, it’s very relevant to your relationship with your horse as you will shortly discover so stick with me here.

So when we first see the character played by Bill Murray he is arrogant and selfish and this continues throughout the first ⅔ of the film as he tries in vain to woo the lovely Andie MacDowell character.

As you may recall, after being slapped across the face for the umpteenth time he decides that the only solution to the hell he’s living is to kill himself.

Of course that doesn’t work out either as he just wakes up again at 6am in the same bed on the same day and it starts all over.

But finally he gets it.

It’s like Jordan Peterson says, “If the world keeps slapping you in the face, at some point you have to wonder if it’s trying to tell you something. If every one of your days is Groundhog Day, then it’s time to wake the hell up.”

So he (Bill Murray not Jordan Peterson) starts helping people. He also studies piano and poetry and ice-carving until he just becomes an all-round better human being.

And when he finally becomes this better version of himself then he suddenly becomes attractive to his lady love and the rest is cinematic history.

Isn’t that a great parable though?

Isn’t that a great example for us all?

So then the question comes, how do you put that into practice?

I strive every day to be better in every area of my life. For example, I do my best to be a better wife to my husband, to keep to my fitness regime and to be a better member of the community. I don’t always succeed but it is something I consciously work on.

However, where you can also make a big difference is being a better human for your horse.

You’re going to want to write this one down because it’s the secret to my success and yours too if you fully take it onboard. 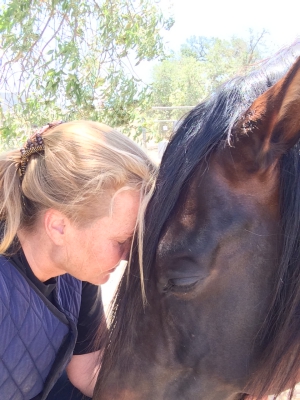 The quality of your relationship with your horse is a direct reflection of the quality of time you spend together.

The quality of your relationship with your horse is a direct reflection of the quality of time you spend together.

Now just let that sink in and percolate while I explain.

As we know, horses are prey animals which means they are constantly on the lookout for danger.

Their fight-or-flight response is charged and ready to spring into action at the first sign of a perceived harmful event.

When triggered, the horse reacts to threats with a general discharge of the sympathetic nervous system, which then leads to a whole chain of physiological changes to give its body the increased strength and speed it might need in anticipation of fighting or running.

Clearly, horses around the stables are not usually in mortal danger but the trust demons from trauma they might have previously experienced come back to haunt them, again and again and again.

One way to interrupt the Groundhog Day existence that these fear memories invoke is to show your horse that he or she is safe and has nothing to fear.

By spending quality time together doing not very much which naturally builds the bond and trust between you.

You may have seen horses in a herd do this 😉

Quick story you may have heard me tell before…

My business partner Mark told me about a lady who runs a small, private rescue near where he lives.

One day she took in a big, black stallion who was mad as hell over the abuse he had obviously previously suffered.

No-one could get near him so the lady just let him be in his (large) stall and then after a few days she started going in to sit with him to read the morning newspaper for an hour or so.

This went on for months. All she did was just sit and read the newspaper and didn’t ask anything of him or didn’t touch him. Nothing.

He chilled out so much and gained so much trust and confidence in the lady and his new environment that he’s now the horse they use as the ambassador when the school children come to visit. He’s the original gentle giant with them.

See what a little kindness, thoughtfulness and patience can achieve?

You can do this.

Become the human your horse wants you to be by removing the pressure and the demons he or she might be shouldering by allowing time and space to work it’s wonderful magic.

As always, I’d love to read your Comments below so please