A tale of 2 friends

This is Mark here, I’m writing this week’s blog as Teddie’s computer died and had to be sent off to be repaired so you are stuck with me so here goes…

At college I had two best friends, Nick and John. We used to spend all our days together in college and most of our evenings together too, we were thick as thieves. I loved both of them as brothers.

I shudder to think back at some of the capers we got up to back then but it was always the three of us together and we became known as the Three Musketeers.

Suddenly I had a flashback to a late night dive in Cardiff where the 3 of us were drinking with some female acquaintances we had just met. For some reason the carpet in that particular establishment was soaking wet so each time you went to the bar it was like walking through a paddy field. Weird.

Anyway, the point about telling you all this is that I wanted to talk about the characters of these two friends because I think it may be of help.

John, on the other hand, was Mr Flaky. You never quite knew whether he was going to show up or not. Often it was because he’d simply forgotten. Other times it was because he got waylaid for some reason (don’t ask!).

He didn’t do it to annoy us or because he was a nasty piece of work. On the contrary, he was charming and kind and very likeable. But unreliable.

So when it came to going on long trips, which of the two do you think I preferred to travel with?

Nick of course because I knew I could rely on him.

We made several such trips back in the day, to football matches, to concerts and vacation. And when we did, I always knew Nick would be at the appointed meeting spot at the agreed time and that he would have the tickets and his passport with him.

On the other hand, attempting such a trip with John would have been a nightmare. We would have missed the train, plane or coach and when he eventually arrived he’d have left his tickets at home. 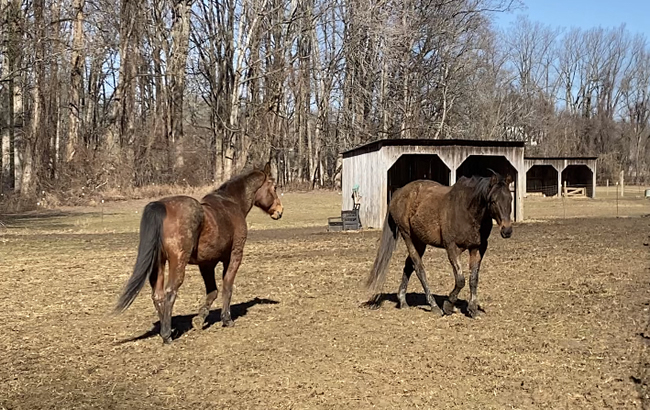 So when it comes to horses, which type of horse do you want to be without on the trails, Mr Dependable or Mr Flaky?

Would you rather have the cool, calm and collected partner you know you can rely on or the skittish, spooky stick of dynamite just waiting to explode beneath you?

That’s obviously a rhetorical question because I’ve read some of the student emails that Teddie sometimes sends me.

Here’s an excerpt from a typical example:

“In the last six months, things have been much better and we are truly connected, but he can still rear, strike and bite at a moment’s notice if things become too much for him.

The challenge is things can change so quickly and whilst I keep a close eye for signs, it often comes from nowhere in a split second.

…my horses are for life and I really want to help this one resolve the fear he holds and be a happy, healthy horse without fear and anxiety.”

This lady is far from being alone in reporting such behaviour from her horse, it’s a pattern I’ve seen again and again in the emails.

Horse owners who know that if they are thrown or fall, their bones won’t heal as quickly as when they were young. It will hurt more and may do more damage like break a hip.

It all stems from their horse being unpredictable and prone to spooking without notice. And because they never know when it’s going to happen it can get a little scary knowing whether today will be a good day or not for their horse.

So it seems to me that what people are looking for is a horse that is predictable, reliable and trustworthy – like my friend Nick.

They want a horse that is safe and consistent. A horse that listens to them, loves them and won’t hurt them. A horse they know they can rely on because the trust and bond is so tight between them.

Is this what you want too?

I’m not a horse person but I do ride a motorcycle so I can really relate to the pleasure that comes from riding out in the fresh air.

I have to be very aware of what’s happening around me when I’m out on the road but I always know there is one thing I can rely on and that is my motorbike as I always keep it in excellent condition. Even if there is chaos on the roads, at least I know my motorbike is not going to do something unexpected.

So I’m therefore really surprised to hear that so many horse owners risk going out for rides, hacks or on the trail not knowing whether they’ll come back in one piece or not.

Here are some shocking statistics for you:

Concussions account for about 5 percent of emergency room visits, a figure that is more than double that for other major sports.

Over 100 deaths per year are estimated to result from equestrian related activities, with 10-20 times as many head injuries occurring for each fatality.

In the UK, a Cambridge University Study of 1,000 riding accidents found the following:

1 injury for every 100 hours riding for leisure riders.

1 injury for every 5 hours riding for amateur racing over jumps.

1 injury for every 1 hour of cross country eventing.

Riding a motorcycle on the roads is nearly as dangerous and so we all need to be cognisant of the dangers we face when we go out riding. 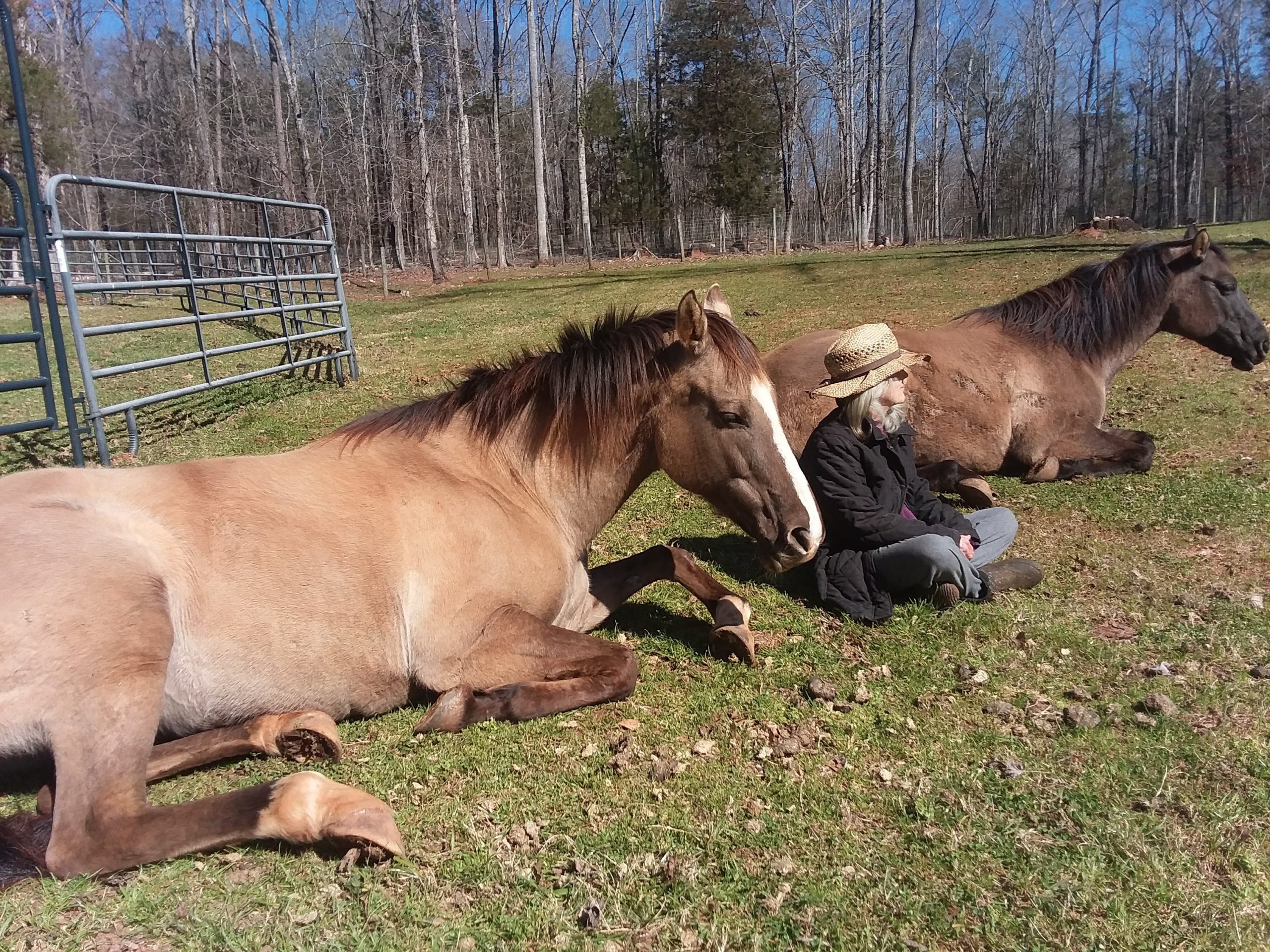 I’m also aware that some people prefer to just hang out with their horse without riding or enjoy doing work at liberty but I imagine the majority of horse owners dearly love to ride.

So why not make that experience a whole lot more relaxed, enjoyable and safer?

Why face the risk of a fall and ending up in plaster or worse when there is an alternative?

If this is the dilemma you face, then I urge you to have a chat with Teddie to see how she can help you.

She is far too modest to toot her own trumpet but having spoken with some of her students, I never cease to be amazed at the transformations she is able to bring about in them and their horses.

And even if you don’t want to ride but have been struggling with an ongoing problem with your horse for any length of time… my question to you is, why do you insist on making your life harder than it needs to be?

Imagine the issue you have is like an in-growing toenail…

It’s not that bad and you can live with it but you know if you leave it it’s probably going to get worse. And what happens… eventually it does, so what do you end up doing anyway?

You go to the doctors to get it fixed and when you do, oh what a relief! Suddenly the world looks a whole lot brighter and you feel like you can really begin to enjoy life again!

So if the frustration of a persistent issue with your horse is taking the shine off your time together then do yourself a favour, get rid of the pain now by booking yourself a slot to chat with Teddie.

The calls are totally free of charge and without obligation so you have nothing to lose and everything to gain.

Do it today, here’s the link you need:

There is a range of different options to suit all pockets so there’s nothing to stop you getting the help you need and ESPECIALLY if riding safely is your dream.

Teddie’s computer should hopefully be back next week which means so will Teddie!

Merlin and Me – Our First Year Together

Do you ask for directions or just wing it?