Do you ask for directions or just wing it?

This is one of those things where my husband and I are very different. I’ve heard this from a few of my female friends too. It seems to be one of those age-old adages.

My husband and I purchased a new BBQ Grill this week and decided it would be a fun project to put together as a couple. However, something simple turned out to be more complicated than we initially thought.

Me: I opened the box and instantly went looking for the instruction book and started to read it.

Him: He went right to pulling out the parts and started working on putting them together like a tonka toy, just winging it.

Me: I was reading the instructions, out loud, step #1 and step #2 hoping that he would follow what I was saying. Silly me.

Him: He heard me but wasn’t listening because he thought he could do it on his own.

Well, he got so far and then it didn’t go together quite right, and he realized something was wrong. It took him a while as he took it apart and tried again. And my trying to tell him what part to do next fell on deaf ears.

It took him a while before he realized he needed help. Then I stepped in and undid most of what he had put together, because a few parts were put on backwards, and started over following the instructions.

He had done well at first, but after a short while it wasn’t so easy to see where to put what. Once he realized he needed a little help, we worked together to get it accomplished.

He was definitely upset that he needed my help and that he had to follow the directions. And I sure wish I could have just winged it and figured it all out by myself without using the instruction book, but I knew better.

I’ve tried that in the past and found out the hard way that it took me a lot longer and there was usually a part or two that were left over in the end. Not good.

You know me and research, so I had to look up what science said about that age-old adage about men not asking for directions and this is what I found out. There really is a scientific explanation. 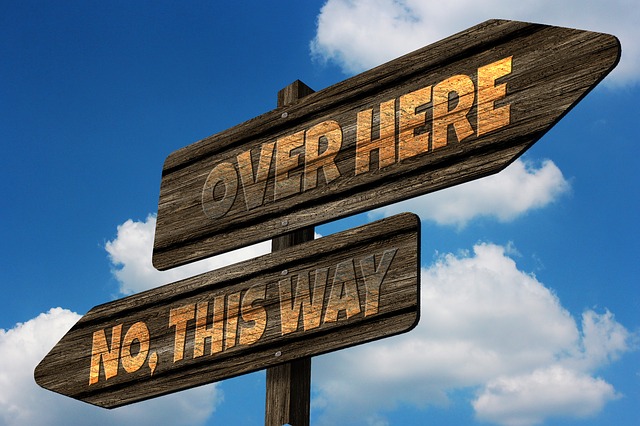 Why can’t men ask for directions when they are lost? Why can’t they read an instructional manual when they don’t know how to do something? Why can’t they pore over a self-help book on relationships when it can help them enhance their skills?

According to a Psych Central article…

“At first blush it may seem ridiculous, but logic can propel us in different directions. What seems illogical may actually be quite logical, if only you understand the logic behind it. So, let’s begin with three major operating principles of the typical male mind.

This is why boys generally don’t do as well as girls in school. They don’t want to sit still and listen. They want to experiment with stuff, move stuff around, find solutions for themselves.

Grown men don’t readily give up this part of themselves. Hence, if a man is lost, asking for directions is like admitting defeat. He had to ask for assistance. He couldn’t figure it out for himself. How humiliating!

Men want to emerge victorious. They want to be effective. They will soldier on alone, if need be. So, don’t get him off track by engaging in a discussion of the problem, especially if you are suggesting a solution that seems perfectly logical to you but goes against his grain. If you pressure him to do it the ‘logical’ way, don’t be surprised if instead of thanking you for the suggestion, he brusquely tells you to back off and leave him alone.

Men don’t want to be told what to do. Read a self-help book? Nah, it will just make him feel vulnerable. It will tell him what he’s doing wrong. It will tell him how to do things differently. Who needs this? He’s gotten along fine in life. Why change? Better to just suck it up, let her complaints roll off his back, let time pass and things will get better by themselves. Or so he hopes.

The male mind is a strange phenomenon for many women. Does it feel just a bit less strange to you now? I hope so. For men and women really do think differently.”

After so many years teaching, I’ve developed a basic road map, per se, that is a big help to me and all my students. It encompasses all the different types and personalities of horses that I’ve worked with.

From that road map we can both tweak what’s needed for each individual person, male or female, and for each individual horse. You’d be surprised how different each combination can be, but also how the basics are the same.
On a similar note: we all know that maps are useful, right? But according to a book I’ve been reading by Seth Godin, he says…

“Sometimes, when we’re lost, we refuse a map, even when offered. Because the map reminds us that we made a mistake. That we were wrong.”

This encompassed men and women. As a general rule in life, most people refuse change until the pain is too great. I’ve seen this in myself at times as some of my past blogs have shown you.

Many horse owners don’t proactively seek more training until they’ve already suffered losses. They trust their own “figure it out by myself” approach blindly until find themselves in a mess. Maybe they have a fall, or maybe their training has stalled and now their horse refuses to listen anymore. Maybe it’s just not going as quickly as they’d like.

Either way, maps are important to progress. Without them, or instruction booklets, we can go forward for a bit and then end up going backwards without realizing it until we’re in a mess. Then we have to start over and try to figure out where we went wrong and how to fix it. Just like what happened to my husband and the BBQ grill.

Don’t refuse the map. It doesn’t mean you’re wrong if you ask for a map or start following one. Actually, without it, you are more likely to go wrong and will get lost. It’s not worth it to stick with an old idea, go at it alone, or take “the hard way” to reach your goals or understanding your horse.

Take the map and take action now. Once you’re lost, it’s much harder to get out of the forest. But if you start with a map or an instruction booklet, it is much easier to get what you want, and faster as well.

You can still do it on your own, by looking at what the map tells you, coming up with a strategy, and charting your own course with your horse before stuff hits the fan and you’re in a mess. 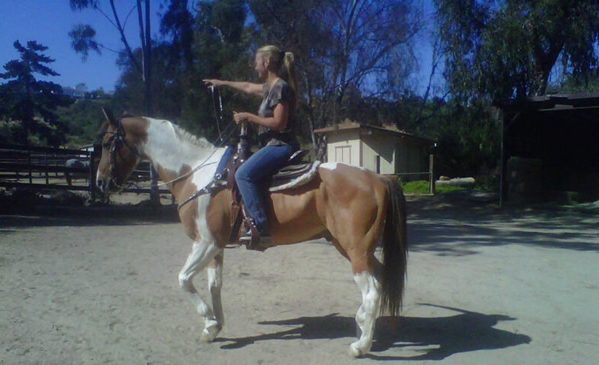 I love seeing the map work and seeing how each couple (horse and human) transforms on their own into exactly what they want.

That’s why I have designed programs that can be accomplished as self-study courses to allow students to work on their own, at their own speed, and still accomplish their goals.

Plus, as an added bonus, if you get stuck or need advice while taking the self-study courses, I’m always there to help via email, Facebook, or a phone call. So, you’re not really alone unless you want to be.

I also have private courses where I work with each student and their horse personally and walk you through your progress, holding your hand and encouraging you every step of the way.

Check it out here on my “learn” page and hopefully there is something there that can help you along your journey with your horse. Wherever you are on you map, I’m here to help you further your progress and get to your goals.

If there is something else that you would like help with or would like to see a course developed, let me know and I can work on it for you.

I love helping horses and horse owners all over the world reach their dream goals so if there is anyone you feel could use this article, please pass it along.

Merlin and Me – Our First Year Together

A tale of 2 friends