How to add a little “umph” to your Training

When you add a little “umph” to your “try”, you get your Triumph.

That makes a lot of sense, doesn’t it?

Sometimes all it takes is a little “umph” – figuratively and literally adding a pep in your step. This is a good way to supercharge your success when training your horse and help you reach your goals.

How will you try to put a little “umph” in your next session with your horse? 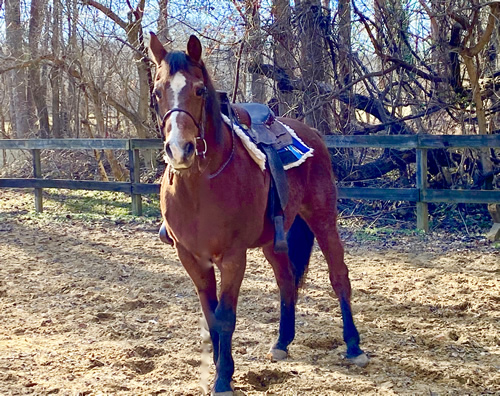 Sometimes you don’t achieve your goals because you may not have any idea where to start, or you’re not sure where you want to end.

What if you had a smarter way to achieve your goals?

Aha, here is my science geek side…

So, here is one for you to remember when training your horse – S.M.A.R.T.

I was taught this a few years ago and I still use it myself and teach it to my students.

R = Relevant – Have goals that align with other areas in your life.

T = Time-based – Have goals that are linked to a certain time frame.

There it is. A quick, easy to remember acronym when training.

This is a good way to set and accomplish your goals. It has always worked for me.

According to my research, S.M.A.R.T. goals are scientifically proven to help people set and achieve their goals. It is an organized way that helps you with small wins all the way up to your main goal. This not only helps you achieve your goals quicker, but it also helps you to maintain your goals longer.

It also helps to have a plan on how you will get from Point A, where you are now, to Point B, where you want to be.

So, how will you achieve your long-term goal? What are your short-term goals?

Here is an example of how I used this recently…

With Apollo’s move to a new boarding facility, there was a major break in our relationship, as I discussed in my ”Listening to Advice” blog.

The main reason for the break in the relationship was basically a break in trust. 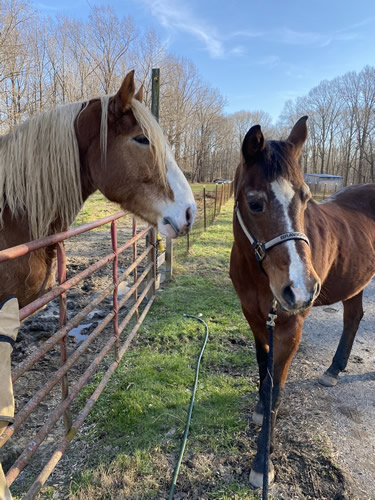 I wasn’t sure how the transition would work out due to many factors:

I was the “bad guy” for all of the reasons above, but it was unavoidable. However, Apollo still saw me as the reason he was now unhappy.

It broke my heart because I only want the best for him and now, we had to start at the beginning again.

But I knew we could get back what we had, I just had to figure out how.

So, my long-term goal was to get him to trust me again and to get back to the loving and connected relationship we had had previously.

S – Specific – The first short-term goal was to go out to see him daily and work slowly on gaining the trust back. Specifically, just hanging out with him as long as I could until he began to reconnect with me. I also had specific follow-up goals after hanging out. But I had to see a measurable change before moving on to the next short-term goal.

M – Measurable – I would know that he was starting to reconnect when he would let me groom him, when he chose to be close to me, when he would come to the gate to greet me, and when he whinnied to me as I drove up.

A – Attainable – I used the same steps with Apollo that I teach in my 3 C’s of Horsemanship class. These are proven steps that have worked for me in the past with every horse I’ve trained. So, I knew the short-term goals would be attainable.

R – Relevant – These goals aligned with how I felt about Apollo and how much I wanted him to be happy as well. It wasn’t just about me, but about Apollo’s health and welfare too.

T – Time-Based – Even though I didn’t have a time deadline, so to speak, I knew that I would allow Apollo to take as long as he needed to get calm and relaxed again. I knew it would take whatever time it took to gain his trust back. And I was willing to work my goals into Apollo’s timeline and go slow.

One month later, not only did I reconnect again with Apollo like before the move, but our relationship has become even closer and we’ve grown stronger as a team.

And something surprising happened!

Apollo now has really come into his own. Even though he is 29 years old, he is a different horse.

He has always been intelligent, kind, loving, and respectful to me. But now he is a totally different horse with me too…in how he carries himself and how he reacts. He is so much more than he was before the move.

Now that his father, Jazz, is no longer here, I think Apollo has taken Jazz’s place in the herd and has taken on his personality traits. After all, he is Jazz’s biological son.

He has grown into a leader.

It’s beautiful to see how he’s “grown up” and how much he emulates his father now. And I think he even knows that he has become a new horse and is proud of himself. That’s what it looks like in his body language.

He’s accomplished quite a lot in the past month.

Momma is definitely proud of him and I’m happy he’s happy again.

So, how will you add a little more “UMPH” to your training?

Please let me know in the comments section.