In this week’s blog I want to tell you a little about my background and how I got to where I am today.

At first glance this might seem a little self-serving, but by reading about my journey with horses, my hope is that you too will benefit from the insights and lessons I learned along the way.

I promise you, it’s a bit of a page-turner!

How I got started

I got my first horse when I was six years old, a little Shetland pony called Farnley’s Notable. He came home with me after being abandoned and lived in my parent’s garage until we could build a barn in our backyard.

I trained and showed all during my childhood years in English disciplines winning ribbons and trophies in Jumping, English Pleasure, Show Hunter, and Classical Dressage.

Despite being an outdoors girl, I’ve always loved science though so went to Towson University (I’m originally from Maryland) where I earned a Bachelor’s degree and a Master’s degree in Behavioral Psychology.

After graduation, I picked up and moved to California to be near to my family as they had moved there a few years earlier.

Shortly after the move, I purchased Jazz, a quarter horse who had been trained to do Western. I tried to do English disciplines with him but he obviously preferred Western so I worked with Western disciplined trainers and we competed in Western Equitation, Western Pleasure, Cutting, and Team Penning. In time I bred Jazz and he sired Apollo. 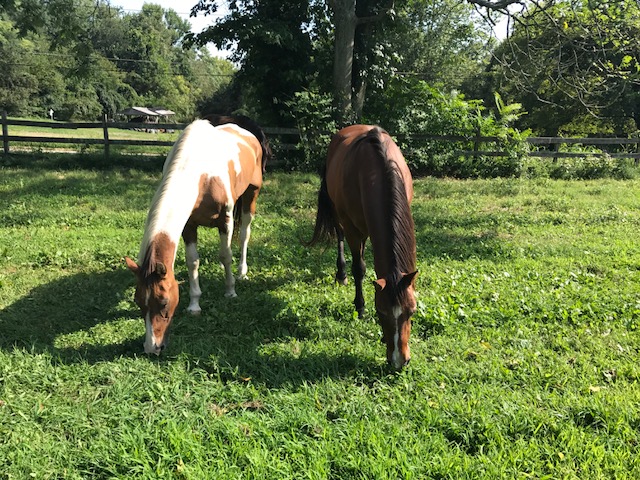 As a young, newly arrived, psychology graduate, I started looking for suitable employment and ended up working with autistic children, elderly patients, and then later as a private therapist for Alzheimer’s patients.

I loved helping people but eventually my love of horses proved too strong so and after studying with some well-known names in the industry I became a certified trainer myself.

I have to admit that thought I was a bit of a hotshot back in the day, but in reality, I was just using the same high-pressure, coercion tactics I’d been taught. I guess I was doing what many people still consider as “normal”.

As a result, I figured Jazz and Apollo were perfectly behaved and extremely loving until the day I discovered they’d just been using me as a feed dispenser. Here’s how I found out…

The incident that changed my life

One evening I was out in my truck on my way back from having dinner with friends. I was sitting stopped at a traffic light thinking about the stories and laughs we had just shared when suddenly everything went blank.

The next thing I knew I was waking up in the hospital feeling like I had been thrown off my horse and then trampled on for good measure. My back hurt, my chest ached, and I felt battered and bruised all over.

My truck had been hit in the rear by a drunk driver and it pushed me into the truck in front and I got squashed like a sardine in a can. This was in the days before airbags and the doctors said I was lucky to be alive. I didn’t feel so lucky.

They said my spinal cord was so badly damaged that I might never walk again. After several weeks of treatment, I was released from the hospital in a wheelchair with a rehabilitation program to follow.

Having been away for so long, all I wanted to do was get home and see Jazz and Apollo, as you can imagine.

When I got out to the paddock, I expected them to come running up to me like they always did. But instead, they acted like they couldn’t care less and just carried on grazing. They looked up, acknowledged my presence, and then pretty much ignored me.

I couldn’t believe it. I was crushed.

At first, I thought it was because of the wheelchair but this behavior went on for days. And the longer it went on the more obvious it became that something else was going on.

I couldn’t quite figure it until the day I saw how they rushed towards the stable hand when she came to feed them.

At that moment, I knew.

I knew that Jazz and Apollo had only spent time with me before because I’d brought them their food. Now that someone else was feeding them, they didn’t need me, so I got ignored.

How you would feel if your horse started to ignore you like you didn’t even exist?

It was horrible. I’d been dumped by a boyfriend or two in the past and felt bad, but this was way worse. My horses were my entire life. I’d never before felt so abandoned and alone.

All of which meant that the connection I thought I had with them had all been an illusion.

After everything I’d been through, I’d finally hit rock bottom.

For a few dark hours, I even considered selling my boys and getting out of the horse world altogether.

But I knew that really wasn’t an option as I loved Jazz and Apollo with all my heart and couldn’t bear to be without them.

I hated the rejection but I wasn’t going to give up that easily. So, I made the decision to find a way back into their lives no matter how long it took.

I wanted them to WANT to be with me FOR ME, not for food. A true lasting connection like they had with each other horses was what I longed for with every fiber of my being.

My Mom told me that if you really want something, then don’t let fear or indecision or criticism from others stand in the way of achieving your dreams.

That one decision changed everything for me, as you will shortly discover

Having made it my mission to win them back and gain the connection I wanted, I then had to figure out how.

I went back to all the different training manuals and tapes I’d collected over the years and started studying them again. I thought that if I picked out all the most commonly mentioned techniques then I couldn’t go far wrong if they were all saying the same thing. Right?

And so with the best of the best horse wisdom compiled, I went back out to my horses with renewed hope.

I obviously couldn’t walk yet so I got my mom to be my legs while I gave instructions to her, Jazz and Apollo. The arrangement kind of worked and the boys performed well enough, but I wasn’t interested in just getting their cooperation. I wanted more.

We persevered though. I tried all the usual training tactics such as round pen work, lunging, long line, and liberty work. And I thought we were making some progress until one day we were out training, doing some intense round pen work when mom and I must have pushed them too hard. 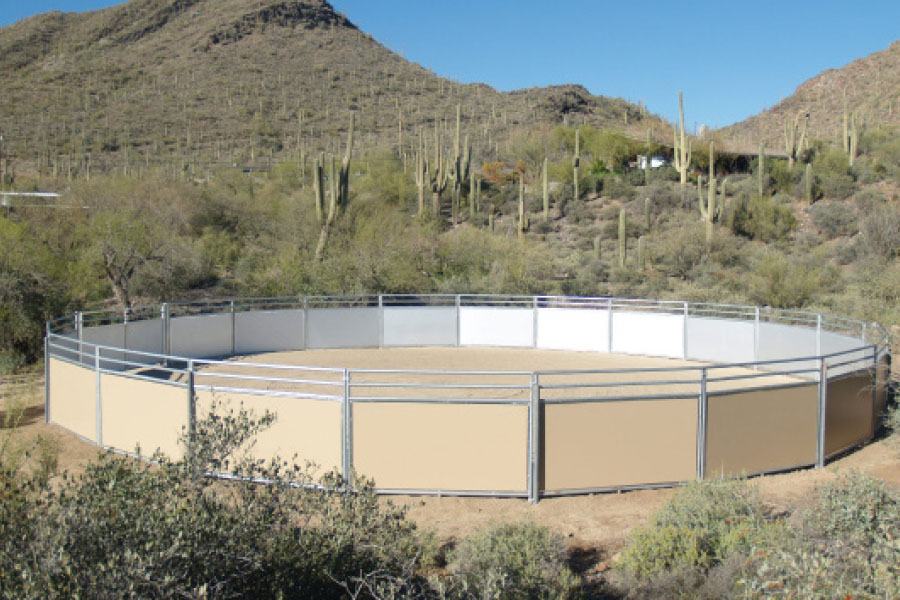 Apollo totally freaked out. He went into a bucking fit during which he accidentally kicked my wheelchair and sent me sprawling to the ground. After we’d all calmed down and dusted ourselves off, we assessed the damage.

Nobody was hurt and apart from some minor scrapes on my wheelchair the only thing that was seriously dented were my hopes.

The incident made me realize that Jazz and Apollo had only been cooperating with us because we’d been making them, not because they wanted to or were enjoying it.

This felt so far away from the kind of partnership I was looking for. None of the usual training methods seemed to be working and I was at a loss to figure out why.

All the thoughts of quitting came flooding back but just as I seemed destined to fail… the breakthrough came.