Is it you or your horse? (Part II)

This is a continuation of last week’s blog story so if you haven’t read that first, click this link…

As you will recall, after being confined to a wheelchair I found that none of the usual training methods were working and I couldn’t figure out why. Just as I seemed destined to fail…the breakthrough came.

What I learned from the Bedouins

One day I went with my mom to our local library and while we were there, I came across a book on the Bedouins and how they were able to develop such a strong bond with their horses because of the time they spent together. They even shared a tent at night. This gave me an idea. 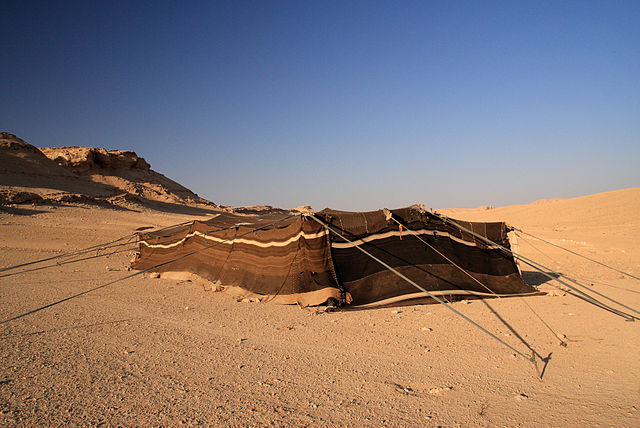 I knew I couldn’t follow my horses around because of the wheelchair, so the next time I went out to them I asked my friend to put me up on the back of my oldest horse, Jazz. I had very little ability to use my leg muscles and wouldn’t have been able to stay on if Jazz had spooked or bolted. But he seemed to understand my desire to be close to him and stood stock still as I was helped up on his back.

When I finally got astride him, I just sat there for the longest time, scared to move. Jazz waited for me to calm down and then he started to walk around slowly and grazed. We managed a whole afternoon without any mishaps, and this then set the pattern for the rest of my convalescence.

My friend would put me up on Jazz and I’d spend hours lying or sitting on him in the company of his son Apollo and my friend’s horses in the paddock next door. My favorite thing was to lie on Jazz’s back and watch the clouds go by while listening to him and the others eat grass.

As lovely as these moments were though, I began to get frustrated because I couldn’t do any training – but little did I know…

The best training and audit in the world

I had taken to lying facing forward on Jazz’s back with my head just above his neck peering between his ears so that I could see the world through his eyes.

I imagined myself being a part of him and tried to get in tune with his breathing. I began to pick up on all the little, tiny muscle movements in his neck and along his back.

I could feel when he became tense or relaxed and what each meant and how just a twitch of his ears was enough to alert the other horses.

I started to spot patterns I’d never noticed before in the movements, behavior and communication between the other horses.

I watched the structure of the herd get reinforced by tiny interactions and so I started to journal them all in a notebook.

I was getting a front-row seat and a priceless education into the workings of the herd and after a while they stopped treating me as an outsider and I simply became a part of the herd.

At the same time though, I began to wonder why none of this had been taught in any of the traditional training I’d done. I double-checked the manuals but they were all written from the human’s point of view, never the horse’s.

So I went back to the library and started reading all the books I could find on wild horse behavior to see if what I was seeing had been witnessed elsewhere.

By collating observations recorded in these books and comparing them to what I’d witnessed, I slowly began to decode the horse’s way of life and conventions.

Where science and training meets

What I discovered was that there is a kind of universal language used by all horses, both wild and domestic, which determines how relationships are formed and strengthened.

I began to understand how vitally important the herd is to the health and well-being of every horse in it.

The horses in a herd literally and figuratively look out for each other and through this mutual protection their trust is built and reinforced.

At the same time, I was undergoing physical therapy and very slowly I began to regain the feeling in my legs. I’m pretty sure sitting on Jazz helped too given what we now know about how much riding can help people with certain disabilities. 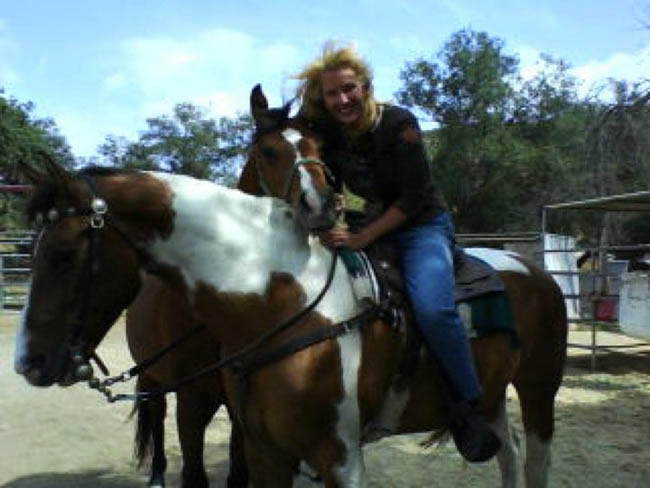 Within a few months, I took my first tentative steps and before long I was out walking around in the meadow with Jazz and Apollo.

I continued to play my role in the herd though and both of them continued to relate to me as an insider and totally different to the way they did before the accident.

Where previously they ignored me or walked away from me when it wasn’t feeding time, now they sought out my company and when I wandered off they followed me.

Where before they might have spooked or bolted at the first sign of danger, now they looked to me for protection because they trusted me.

The most surprising change of all

These were huge advances in themselves but do you know where I felt the biggest change?

I already knew what I had before had merely been a working relationship with them but what began to take its place was this deep connection I could feel right in my heart.

So having become integrated into the herd, my next step was to see if I could work with them and still keep the connection that we had developed together.

One of the many revelations I came across in the scientific research papers was that wild horse herds normally operate through collective decision-making rather than in a strict hierarchy as I had been told.

So, if science did not support the dominant or lead horse theory, what was the answer? 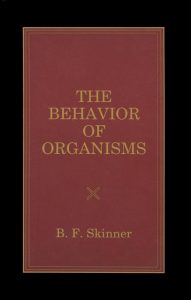 I remembered an old book from my psychology studies titled “The Behavior of Organisms” which looked at what is known as operant conditioning. This is a type of associative learning process through which the strength of a behavior is modified by reinforcement or punishment.

I took this as my starting point but as I never punish my horses I adapted it to come up with a process I now call Blended Encouragement.

This worked really well because it made my horses feel like they had a voice and control over their environment. And they did, except it was me asking what we’d do.

It’s a bit like that old trick parents play on their kids when they drop a hint about something the parent would prefer to do, and the child enthusiastically picks up on it and the parent congratulates them on their brilliant idea.

That’s why this approach is so effective because unlike most training methods it’s a win-win for both parties. You get to make most of the decisions about what you do together, your horse feels like they’re a part of the decision-making process, and they are, and everyone is happy.

This was all worked swimmingly for a while but I kind of felt we were still in the honeymoon period and that there would be more challenging times ahead.

Plus I hadn’t got back to riding and was nervous about that too although excited to find out how it would be with our new-found connection.

Want to know how it turned out?…